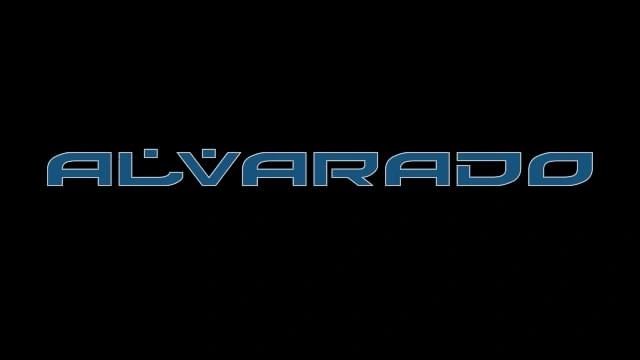 The Journey of a Dj/Producer and Remixer that Began in Miami, Florida December 24, 1979

George Alvarado who goes by other Aliases like THE EVOLUTION OF DISCO, THE LATENIGHT LABORATORY, THE PROFESSOR AND TECH MAN 1 Started his Journey in South Florida in 1979. The Combine influence of DJing, Record label owner, Music store owner, Producer and Remixer has placed him as a big part of the Electronic Dance Movement in South Florida.

George is adept at shifting between genres of Electronic Music like NU Disco, Disco House, House, Tech House, Tribal House, Techno, Progressive and Trance and other formats like Classic Rock, 80's, New Wave, Alternative and 90's Old school. He is also driven by a relentless passion for music, striving to stay on top of the Electronic scene he's helped to grow in South Florida. He continues to work towards building a global brand as a DJ, Producer and Remixer.

NIGHTCLUBS: In 1985 Was the resident DJ in South Miami's first major night club THE PARALLEL BAR. A venue that hosted dance artist and had a capacity of @2500 people. One of the famous artist that performed was the Disco queen Grace Jones.

In 1986 was resident DJ of Miami's first Major Rock Club in Coconut Grove called Biscayne Babys. During his residency he did the First Alternative Music Live DJ Broadcast in South Florida on the University of Miami's Radio station WVUM 90.5 . On the Birthday of the Venue he also did the first Rock music Live DJ Broadcast from a venue on WSHE 103.5.

In 1989 he took over the Saturday night residency DJ position at one of the first Major Underground Nightclubs on South Beach called CLUB NU. The venue was very famous for hosting Bands, Guest Dj's and Celebrities on the weekends. Some that went through were The Escape Club, Concrete Blonde, Indigo Girls, David Bowie, George Michael, Thomas Dolby, The Psychedelic, Swans and the Mighty Lemon Drops. During his residency in 1990 he was the first DJ to play British Techno in Miami Florida.

OPENED FOR THE FOLLOWING ARTIST DURING THE 80'S& 90's

ROCK: Artist like Otis Day and the nights & Wolfman Jack

NOMINATIONS: In 1990 During this residency at CLUB NU he was also Nominated for DJ of the Year by the Winter Music Conference in South Florida.

MEDIA COVERAGE: In 1992 he was interviewed by The Miami Herald for Bringing the Techno Sounds to South Beach in the entertainment section. George was also interviewed by MTV and MUN2

In 1998 George became a resident DJ on POWER 96.5 and was given the alias name "The Professor". In 1999 with the assistance of the Program Director KID CURRY and The Music Director Eddie Mix, he started his own Underground mix show called "THE LATENIGHT LABORATORY with host Liquid Todd (Shannon Powell).

The Show became the most listened Mix show in South Florida SATURDAY night at 2:00 am spinning Underground House Dubs and Trance tracks. The show was a platform that introduced DJs from overseas to South Florida. Some of these DJs included, Timo Mass, Steve Lawler, David Waxman and John Digweed.

The Show released a Mix CD Featuring some Cool Trance Tunes at the time and sold 10,000 copies in South Florida alone. Part of the proceeds were donated to the Joe Dimagios Children Foundation. In the 2000’s The Show helped Break some big hits which cross over to Mainstream Radio

In 2000 he Performed as THE LATENIGHT LABORATORY in front of "25000" people along with the host of the show Liquid Todd (Shannon Powell) at POWER HOUSE 2000 at The American Airlines Arena in Downtown Miami Presented by POWER 96.5.

In 2003 with the assistance of Phil Michaels the Program Director, The show went over to PARTY 93.1 (Cox Communications) to continue it's broadcast for a few years as well. The Latenight Laboratory is still remembered to this date as one of the Pioneer Underground Radio shows in South Florida.

Nitebeat also released various CD compilations all over the world in countries like Brazil, United Kingdom, Japan and Germany with labels like PARADOX, AVEX, SONY, LOGIC, and EXTREME.
PRODUCER/REMIXER: In 1989 He produced his first underground 12" record called "House Your Body". George produced his first album under the pseudonym, Techman 1.

Their first CD Release was thru PANDISC music in the US. As the artist known as TechMan1 Below is the list of all his Remixes and Productions. So far he has produced and remixed close 80 Productions that can be heard on his Soundcloud page.

The Sound of The Future
Can You Dig it
There's Something About the Music
I want to Rock Your Body
I am The Creator
The Rhythm
Feel It
Can you feel it
Global Rhythms
The Sound of Dubai
The Beat of the Drums
Drums From India
Miami Vibes
Havana Nights
House Vibes
Sunrise
Feel They Rhythm
The Humonoid
Energy Flash
Pump This Sound
Angel Of Light
Tribal Nation
This is My House
Future Sunrise
Sounds of Evolution
Sounds of Arabia
African Sunset
Space
Miami 2 London
Echoes From Ibiza
All right All right
Keep on pumping it up
Space Trance
Get Into the Music
The Conclusion
Dance to the Rhythm
The World Groove
The Trance
Mindgame
Tunnel
Changes
Jam
Come on
House Your Body.

MUSIC STORES: In 1992 he launched the opening of a Dance Music Record Store called NITEBEAT RECORDS. Catering primarily to the DJ Community.

In 2000 He launched the opening of another Dance Music Record Store called MUSIC WORLD. Catering primarily to the DJ Community.

Do you have questions? Do you have an entertainment request for next year?